Okay, so it's fewer than I read in January (12) or February (19).  But I read seven of these eight during the first 14 days of the month. Then I decided to read a couple longer books that took more time.  They're not on this list because I haven't finished them yet (probably will in April).  Also, you'll note that three of the eight books I finished reading in March are books I published.  I've read those more than once since they were submitted, as you might imagine.  But I don't count books I publish as officially read until they're officially a book (i.e. published), when I do my final read through. 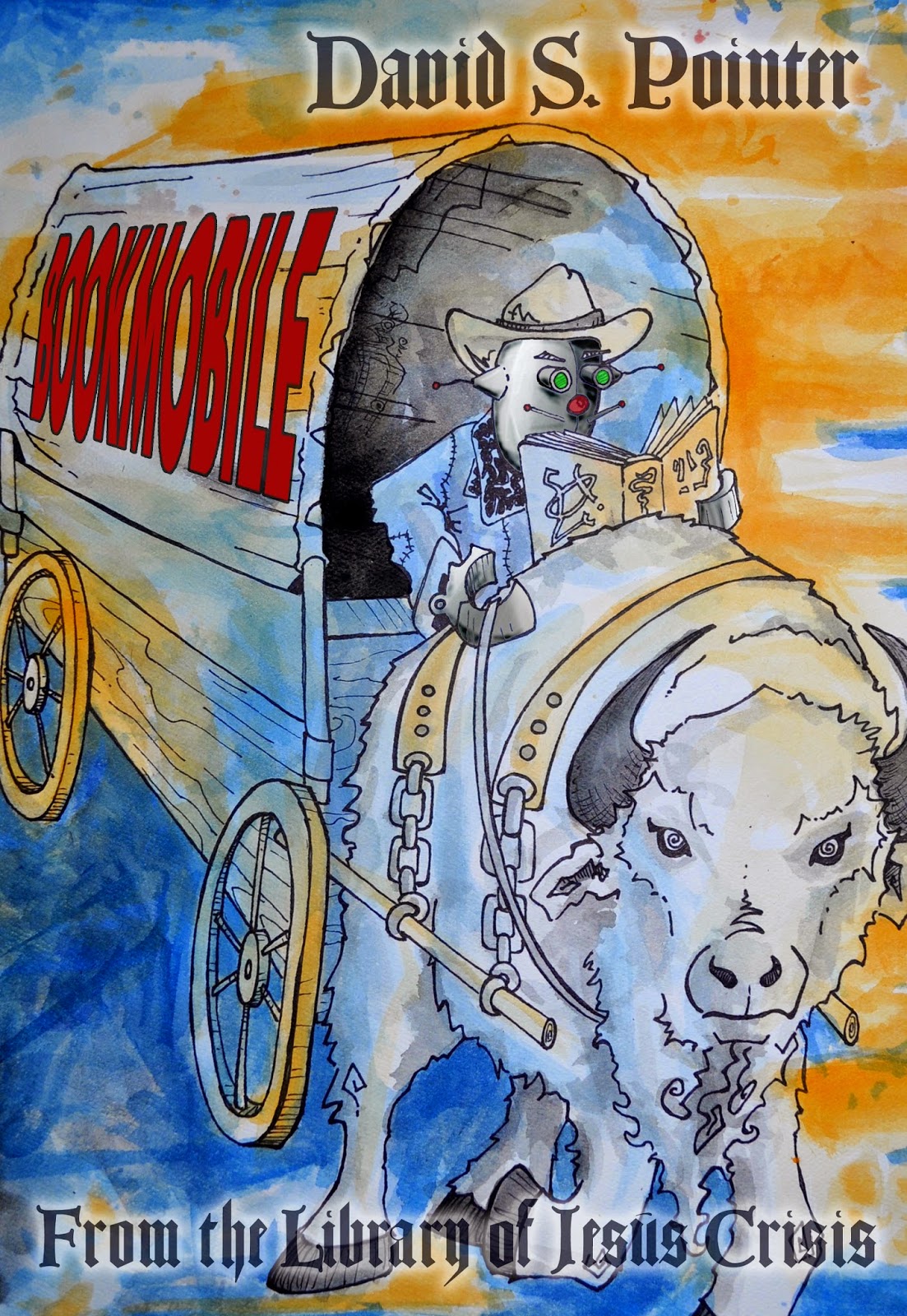 Crisis Chronicles Press is pleased to present Bookmobile: From the Library of Jesus Crisis, a new chapbook by Tennessee poet David S. Pointer, published on 23 March 2015.

Click here to read an interview with the author at Ppigpen. 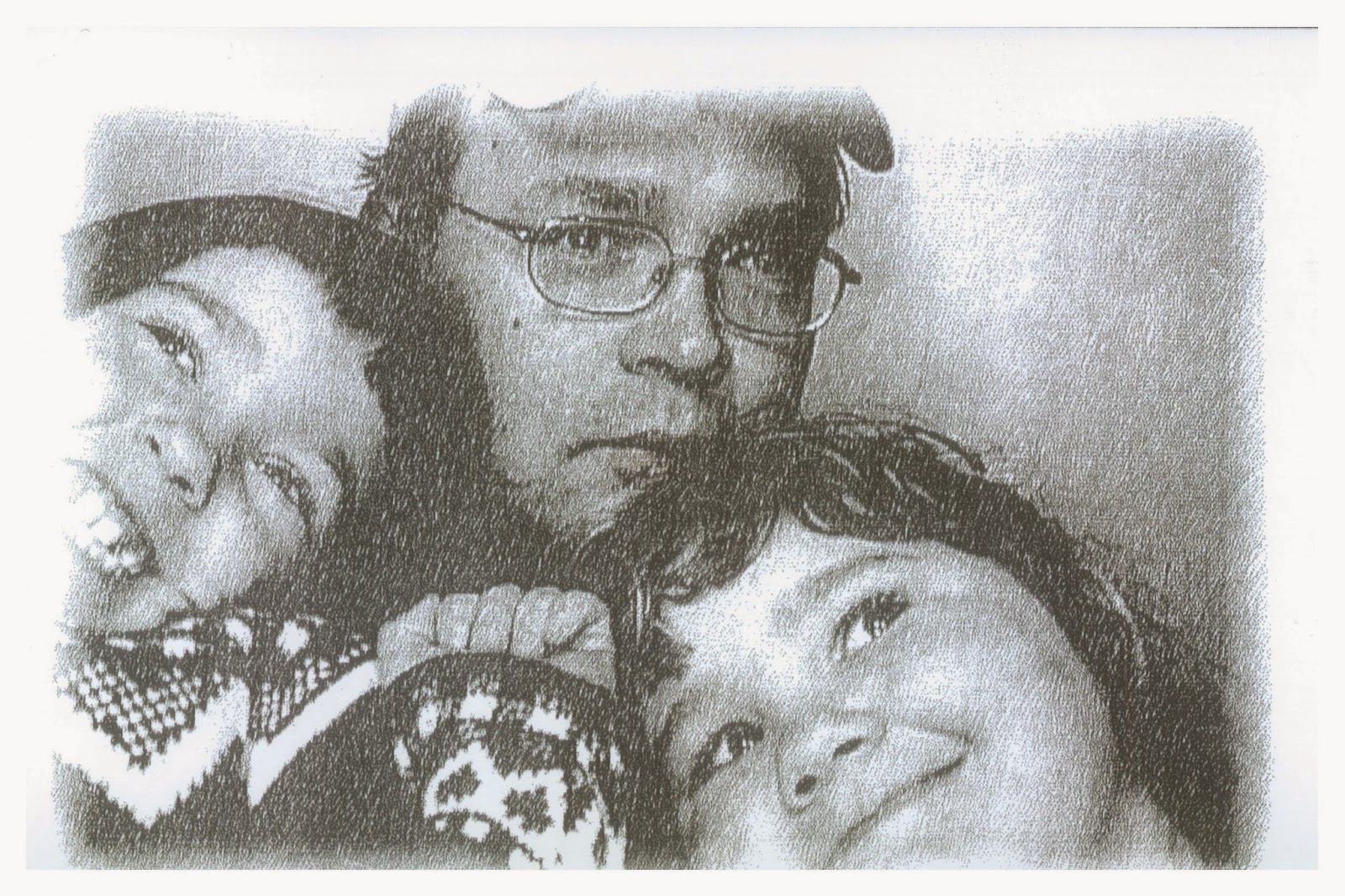 David S. Pointer grew up in Kansas City and Clinton, Missouri. He has recent work in Bukowski: An Anthology of Poetry & Prose About Charles Bukowski [Silver Birch Press], as well as in volumes V and VI of The Southern Poetry Anthology series. His latest chapbook, Bookmobile, was published in 2015 by Crisis Chronicles Press.  He currently resides in Murfreesboro, Tennessee, with his two daughters.  Read more about him here.
Posted by John B. Burroughs at 9:13 AM No comments:

Why I Have an Amazon Shop

I talk a lot about Crisis Chronicles Press, but I also sell other books here:

I know there's a lot to hate about Amazon. But frankly, more than half of our sales come through them. If not for Amazon, I wouldn't be able to keep the press going. Sure, it's better to buy Crisis Chronicles Press books via PayPal through our own website (http://ccpress.blogspot.com). But half our proceeds come from people who don't know us, and those people go to the site they know, Amazon.
Posted by John B. Burroughs at 8:27 PM No comments:

Got this reminder, or affirmation, from Jim Lang in the mail today, the first day in well over a month that my lawn's been almost entirely snow free.

Posted by John B. Burroughs at 6:57 PM No comments:

Crisis Chronicles Press is thrilled to announce the publication of Thunderclap Amen by Dianne Borsenik on 11 March 2015. The third release in our NineSense series of loaded nine poem chapbooks by authors whose work you need to know, Thunderclap Amen features 24 pages of fiery work that challenges even the coldest February on record in northern Ohio. As you would expect, Borsenik's blazing poetic tongue triumphs.

Dianne Borsenik is active in the Cleveland, OH poetry scene and regional reading circuit.  Her work has been widely published in journals and anthologies, including Rosebud, Slipstream, Lilliput Review, Pudding Magazine, and Modern Haiku. She won first place in both the 2013 and 2014 Best Cleveland Poem Competitions.  As editor of NightBallet Press, she has published over 70 books for poets across the US.  Borsenik lives in Elyria with her husband James and dogsons Angelo and Bodhisattava.

The author will give her debut reading/performance from Thunderclap Amen on 7 April 2015 at 6:30 p.m. during Words & Wine at Your Vine or Mine in Painesville, Ohio.

I'm thrilled that my photo "Preacher in Prison" and my poem "A Wrinkle in Time" appear in this fine new book edited by Marie Lecrivain and published by Sybaritic Press.  Rubicon: Words and Art Inspired by Oscar Wilde's De Profundis is 170 pages, available in paperback for $10.26 and on Kindle for $4.50.  I look forward to receiving my hard copy and digging in.
Posted by John B. Burroughs at 8:37 AM No comments:

Crisis at the Library! 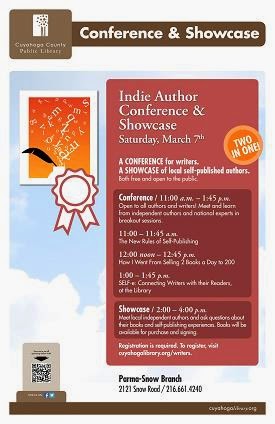 Crisis Chronicles Press and I will be participating in the Cuyahoga County Public Library's Indie Author Conference and Showcase from 11 to 4 on Saturday 7 March 2015 at the Parma-Snow branch, 2121 Snow Road in Parma, Ohio.  Hope to see you there!
Posted by John B. Burroughs at 7:56 AM No comments:


Crisis Chronicles Press is happy to announce the publication of Jonathan Thorn's Cutting the Möbius on 1 March 2015.  It is the second release in our NineSense series of loaded nine poem chapbooks by authors whose work you should know, if you don't already.

About Jonathan Thorn: "I’m a stay at home dad, working only a few hours a week at a grocery store, and live in Columbus, Ohio, with my wife and four children. I have always loved writing. Poetry is for me an outlet that allows me express the way I see things, a medium to clarify my world to the world."  His previous publications include work in The Squire: Page-a-Day Poetry Anthology 2015 [Writing Knights] and Vending Machine: Poetry for Change, Volume 5 [The Poet's Haven].

Posted by John B. Burroughs at 8:28 AM No comments:

Nineteen books I read in February 2015

The silver lining to having to spend so much time in doctors' offices and the hospital with loved ones this past month is that I was able to knock a few books off my ever growing to-read pile.  The silver lining's silver lining is that most of these were pretty darn good.