Join us Monday at Mahall's for a reading by featured poet Diana Lueptow!


Diana Lueptow lives in Akron, Ohio. Her poems have appeared in FIELD, Arion, Beloit Poetry Journal, RHINO, The Stinging Fly, and Verse Daily, and her chapbook Little Nest was chosen by Peter Campion for the Wick Chapbook Prize (2015, Kent State University Press). She received a 2014 Individual Excellence grant from the Ohio Arts Council. She earned an MA in English from the University of Akron and an MFA from the Program for Writers at Warren Wilson College in Asheville, NC.


Ray McNiece his Tongue-in-Groove band will host this month. Following the features, we'll open the mic and invite you to spit a poem accompanied by the band.

Posted by John B. Burroughs at 9:18 AM No comments: 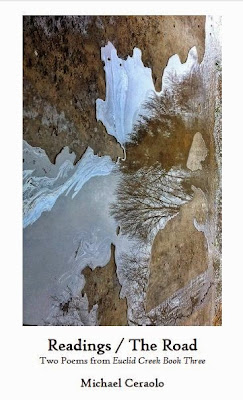 Crisis Chronicles Press is thrilled to announce the publication of Readings / The Road by Michael Ceraolo on 27 May 2015. The fourth release in our NineSense series of compact loaded chapbooks by authors whose work you need to know, Readings / The Road: Two Poems from Euclid Creek Book Three takes you on a compelling journey you won't soon forget. Available for only $4.99 from Crisis Chronicles Press, 3344 W. 105th Street #4, Cleveland, Ohio 44111 USA. 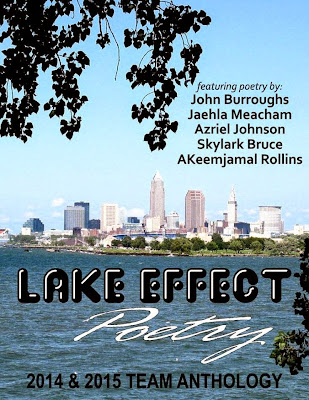 My poem "Statuesque" was published in Green Panda Press monthly digest, and I've been called to jury duty beginning 6/15, the week I'm supposed to travel with the Lake Effect Poetry team to Rockford, Illinois to compete in the Rustbelt poetry slam. 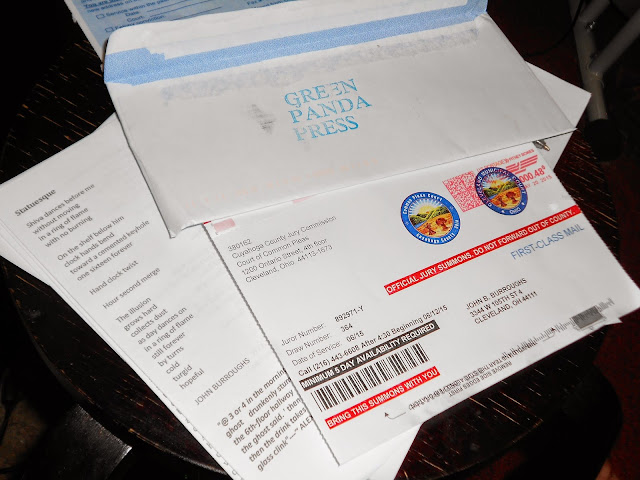 Posted by John B. Burroughs at 8:58 AM No comments: 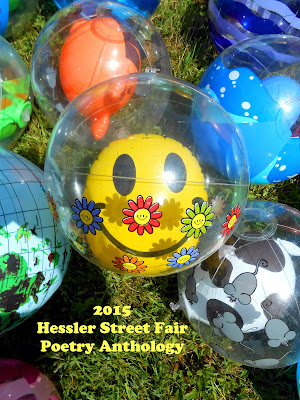 Crisis Chronicles Press is pleased to present the 2015 Hessler Street Fair Poetry Anthology, featuring work by 104 poets from around the world. Join us for the official release 13 May 2015, 7pm, at Ensemble Theatre, 2843 Washington Heights Blvd. in Cleveland Heights, Ohio. This book is perfect bound, 129 pages, edited by John Burroughs and available for $14, exclusively from Mac's Backs or on May 16-17th at the Hessler Street Fair itself.

Click here to buy.  Contributors may show up at either event or contact Suzanne at Mac's to procure a copy for half price. 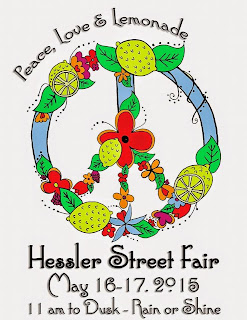 On my first slam team

Following Monday's open mic at Mahall's, Lake Effect Poetry hosted a slam to determine the 4th member of their Rustbelt Competition 2015 Rockford IL team. I jumped in for fun and somehow won. If I were a judge, my vote would've gone to Julie Ursem Marchand or Mr. Urban Cowboy Poetry, both of whom gave stellar performances. I'm not as competitive as I used to be, and I've never traveled for a slam before, but this'll be a fun adventure if nothing comes up to keep me from going (one never knows lately). Fingers crossed!

On 5/4/2015 at 7:30 pm, the Monday at Mahall's poetry series will present readings by featured authors Stephen Haven and Kathleen Cerveny.

Stephen Haven is the author of The Last Sacred Place in North America, selected by T.R. Hummer as winner of the 2010 New American Press Poetry Prize. He has published two previous collections of poetry, Dust and Bread (Turning Point, 2008), for which he was named 2009 Ohio Poet of the Year, and The Long Silence of the Mohawk Carpet Smokestacks (University of New Mexico/West End Press, 2004). He is also the author of the memoir, The River Lock: One Boy’s Life along the Mohawk (Syracuse University Press, 2008). He spent two years as a Fulbright Professor of American literature at universities in Beijing and has published many collaborative translations of contemporary Chinese poetry. Haven's poems have appeared in Salmagundi, Parnassus, American Poetry Review, Guernica, The Southern Review, The Common, Poetry New Zealand, Literary Imagination, World Literature (Beijing), Image, Crazyhorse and in many other journals. He has a Ph.D. in American civilization (literature, intellectual history and American painting) from New York University, where he wrote his dissertation under the direction of Harold Bloom, and a Master of Fine Arts in poetry from the University of Iowa. He is Professor of English and director of the Ashland University MFA Program, where he also directs the Ashland Poetry Press.


Kathleen Cerveny is a poet and visual artist, a graduate of the Cleveland Institute of Art (BFA) and of the University of Southern Maine Stonecoast Creative Writing Program (MFA). During the 1970s and ‘80s Kathleen exhibited her ceramics locally and nationally. From 1987-90 she was Cleveland Public Radio’s first producer and broadcast journalist for the arts, winning more than 15 top awards and producing many features for National Public Radio. Since 1991 Kathleen has been the Director of Arts Initiatives for the Cleveland Foundation, the country’s first community foundation. Her poems have appeared in the Southern New Hampshire University journal Amoskeag, the e-journal Shaking Like a Mountain, and in journals published by Pudding House Press, among others. A poem of Kathleen’s was selected for inclusion in an anthology published by Future Cycle Press, Poems for Malala Yousafzai, and NightBallet Press published a chapbook of her poems, Coming to Terms. in April 2015. Kathleen is the 2014 recipient of the Robert Bergman Award from the Cleveland Arts Prize and served as the 2013-15 Poet Laureate of Cleveland Heights.


After the features, there will be an open mic emceed by John Burroughs. Beer, bowling, and balderdash optional, as always.


Concluding the show, a slam will be held in which the winner will claim a spot on Lake Effect Poetry's 2015 team and compete at the Rustbelt Regional Poetry Slam in Rockford, Illinois, over Summer Solstice weekend. Vertigo Xavier will emcee this portion of the evening. This is the FINAL of four slams scheduled to determine LEP's 2015 team roster. Poets may compete in as many of these slams as they wish, however a NO REPEAT rule will be in effect. Repeating a poem used in a previous slam will result in an automatic score of 0. Once a poet has won a slam, they can still compete at later events but will not be in contention for a second spot on the team. (There's only one of you and we need four poets to fill the team roster.) Each slam will have a 3 minute rule, with a 10 second grace period and then one-half point deducted from the score every 10 seconds. No props, no costumes, no musical instruments, and must be your own material. All the regular rules. Every effort will be made to have five judges for each slam, but if unbiased judges are in short supply we will make due with just three. For more details on Lake Effect Poetry and information about the other three Team Selection Slams, visit www.lakeeffectpoetry.com.
Posted by John B. Burroughs at 2:12 PM No comments: