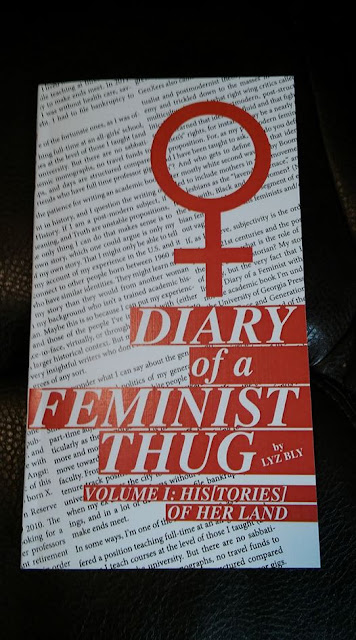 Crisis Chronicles Press is ecstatic to team up with Guide to Kulchur Books to present a new Lyz Bly masterwork, Diary of a Feminist Thug, Volume I: His[tories] of Her Land.

Diary of a Feminist Thug is a poetically written narrative that is replete with stream-of-consciousness thoughts and original journal images of a white GenX grrrl-woman, growing up in rust belt America in the late 20th century. Bly’s text is memoir meets deposition, revealing the subtle and explicit ways in which patriarchy, misogyny, and toxic masculinity crush the psyches and abuse the bodies of women, even white, heterosexual, cisgender middle-class women of Generations X and Y, who grew up amid the promises of the 1960s and 70s social “revolutions” for gender and racial rights and equality.

The 2016 election of trump reminded women how much they are despised, yet tolerated for their role as progenitors of racial identity and paternal “family” names. Bly’s Diary of a Feminist Thug reveals the insidious psychosis at the heart of heterosexual relationships and white middle-class families and the emotional and physical toll those they take on women who appear to be “just fine.” While there are obvious privileges connected to whiteness and heterosexuality, these privileges still come with a cost; Valerie Solanas once said, “He who won’t slit your throat will torture you to death slowly, often with diamonds.”

Bly’s generational cohorts will relish her writing style, which varies from erratic to bitingly ironic, as well as her cultural references to GenX icons and defining historical moments. Millennials will get a glimpse into what may lie ahead for even the most privileged among them in these trump-era apocalyptic times. 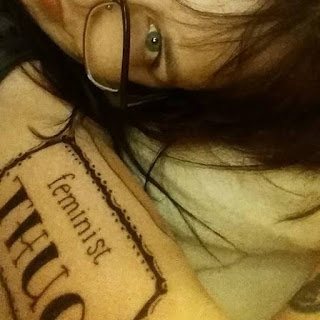 In my first 49 years of life I had never been west of Auburn, Indiana. That changed in April 2016 when I finally crossed the Mississippi River to participate in a poetry festival in Kansas City. Fast forward to July 2017 and I'm about to embark on my first ever trek to the west coast of the United States. Many thanks to all the friends and strangers who've offered me a place to read or sleep on my way or are otherwise supporting the effort. I don't expect I'll have much time to blog until I get home. But I plan to post periodic updates on my Facebook page. 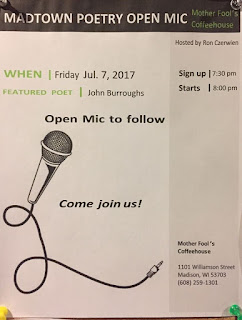 14/15/16 July in Portland, Oregon
Kleft Jaw & TRUST Art Collective present: Contronym (A Fugue in E Minor) featuring poets from across the country.
*Friday: at the TRUST Art Collective.
*Saturday: at Backyard Social (John Burroughs will be one of the features).
*Sunday: at the Water Trough Saloon (Crisis Chronicles Press author Leah Mueller will be one of the features).

18 July at 7 pm in Oakland, California
Get Lit #26 at Ale Industries featuring John Burroughs and others.

13 August at 6 pm in Toledo, Ohio
Punch Through the Envelope: How to Make Editors Notice Your Work, a workshop with editors Dianne Borsenik (NightBallet Press) and John Burroughs (Crisis Chronicles Press) at the Art and Performance Center of West Toledo, 2702 W. Sylvania Avenue.

My "An Augur Ration" featured 6/23 in Winedrunk Sidewalk

I am honored to report that my poem "An Augur Ration," written the day after Ill Presidente's inauguration in January, was recently featured (day 155 - June 23rd) in Winedrunk Sidewalk. Many thanks to editor John Grochalski!

And they're still accepting submissions of poems and art as we speak.
SUBMIT2RESIST: winedrunksidewalk@gmail.com.
Posted by John B. Burroughs at 10:59 AM No comments: