Rattle and Numb: Selected and New Poems 1992-2019 by John Burroughs, Ohio State Beat Poet Laureate, is a collection filled with the poet's powerful, pervasive energy. With it, he rebels against conformity to middle-class values while also showing the poet's medals and wounds as a result of that war. After World War II, especially taking the Holocaust into consideration, how poetry could be written at all, let alone with rhymes, was taken into major critical consideration on a moral and an ethical basis. How could the human soul be responsible for so much death and so much inhumane death at that? The very question of the existence of soul after the destruction of civilization, which was World War II, came into question.

On the dust jacket of Burroughs's collection, A.W. Graves writes that he does not like modern poetry much because it is "lifeless and soulless" as well as lacking "originality and intimacy." He goes on to say that he likes Burroughs's work because it is full of what most modern poetry lacks. I wholly agree with Graves about Burroughs's work as it pertains to certain poets today who have no motive, will, or design in depicting the "lifeless and soulless," other than sometimes imitating examples in terms of form (design) of preexisting works, be it under a teacher of a workshop or from the shelves of a library or university bookstore. What makes Burroughs's form lively and soulful is its rhythm, rhyme, and wordplay, which do, at times, come across as comedic, but it is comedic in a layered way that is akin to the moral outrage of Lenny Bruce and his brand of black humor: insightful, disturbing, and heartbreaking, if not tragic, not to mention, of course, funny. Intimacy on the page is created by the conversational tone of even the most philosophically profound poems in Rattle and Numb, and there are more than a decent number of them.

One could make an argument that Burroughs's free verse rhymes are anchored in a unique sense of the variable foot, and this would be an excellent argument, one which I would not deny the validity of, but it is really a surface point, though one necessary to make. One must consider the history and nature of rhyme, excluding off-rhyme, from the assessment. Rhyme has such a long and prolific use that the current value of it is not mainly the sight and sound of it at the end of lines or even in the middle of them, internally. The power of it is in how and why it connects thought, emotion, idea, image, alliteration, and rhythm. While it is much more difficult to make this connection (consistently at the end of lines) in accentual or syllabic verse and maintain intelligibility at the very least, it is difficult to make rhyme work on a technical basis in free verse, especially to do so and be taken at all seriously as a poet. Burroughs, a poet worthy of all taking seriously, makes rhyme work in a unique and visceral way through sheer instinct. I do not know his deeper reasons for doing this, but what it results in is an experience of body and soul, the at times excruciating and at times ecstatic dislocation and connection between them. Bob Dylan said that the best people carry themselves like boxers, and in this highly autobiographical work, this is how John Burroughs carries himself page after page.

Burroughs's style is inordinately powerful, elevating the work to a higher place than either comedy or tragedy: tragicomedy. His regular form, consisting of wordplay, rhythm, and rhyme, meets what is central to the best of Rattle and Numb's content at times in a discordant way, other times in a harmonious one, but in a way, that is altogether fulfilling to this reader. The centerpiece of this collection is "Identity Crisis." Ultimately, what Burroughs's work shows is the relationship between the one and the other in terms of the one's formation of identity in an in inimitable and memorable way. 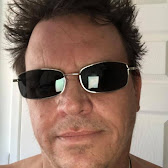 Nelson Gary's works include XXX (Dance of the Iguana Press), Cinema (Sacred Beverage Press), A Wonderful Life in Our Lives: Sketches of a Honeymoon in Mexico (Low Profile Press), and Twin Volumes (Ethelrod Press). His Pharmacy Psalms and Half-Life Hymns—for Nothing will be published by Rose of Sharon Press in 2021. Gary's poems and prose have been published in numerous journals, magazines, anthologies, and newspapers, including The Outlaw Bible of American Poetry (Thunder's Mouth Press), Los Angeles Times, and Desert Sun. Gary, a former professional tennis player and instructor, was the Sports Editor at the Santa Monica Mirror. He read at Lollapalooza in 1994, had a residency with Ivan Neville's All-Star Band at The Mint, recorded his poetry with Elliott Smith ("Coast to Coast") on the latter's album From a Basement on the Hill. At Heroin Times, his journalism helped thousands, if not millions, of people addicted to opioids and their loved ones find recovery. Gary is a Beyond Baroque Fellow and has facilitated two writing workshops there. He has a bachelor's degree in English from California State University of Northridge and a master's degree in Forensic Psychology from The Chicago School of Professional Psychology.
Posted by John B. Burroughs at 10:49 AM No comments:

I Am Not Ready to Die - new poem in Rusty Truck

I am grateful to Scot D Young and Rusty Truck for giving this recent piece of mine a home:

I Am Not Ready to Die.

Sunday 8/9 on Zoom: Awenites presents a reading by John Burroughs

"Doc Janning is inviting you to a scheduled Zoom meeting."

Posted by John B. Burroughs at 3:53 PM No comments: