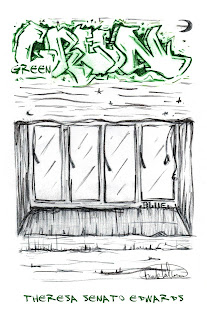 Theresa Senato Edwards is one of my favorite living writers, and Green may be her best work yet. Having recently lost my mother, and feeling like I'm on the verge of losing someone else I love as much, I find myself returning to this chapbook as I would a good friend to share grief and fond remembrance. And though immersed in loss, I somehow find my life less wan and my loving richer.

Green is available from Finishing Line Press and Amazon.
Posted by John B. Burroughs at 7:12 AM 5 comments:

Delirious: A Poetic Celebration of Prince 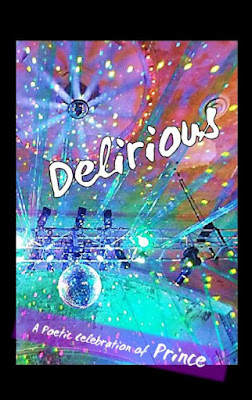 Many thanks to NightBallet Press for including my poem "From Genesis to Exodus" in their marvelous new anthology, Delirious: A Poetic Celebration of Prince. I'm also thrilled that they used one of my photos on the front cover. The book's official release date is June 7th, which would have been Prince's 58th birthday, but you can order now for only $10 plus shipping.
Posted by John B. Burroughs at 6:54 AM No comments:

I'm thrilled to have published ten great books so far this year via Crisis Chronicles Press.  Here are four of them.  If you buy them all individually, you'll end up paying $39 plus postage.

But you can buy all four together for $30, postage free. 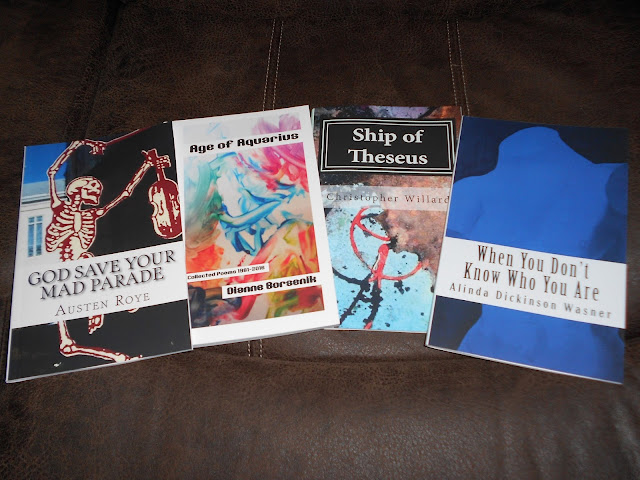 God Save Your Mad Parade by Austen Roye (Denton, Texas)
Age of Aquarius: Collected Poems 1981-2016 by Dianne Borsenik (Elyria, Ohio)
Ship of Theseus by Christopher Willard (Calgary, Alberta)
When You Don't Know Who You Are by Alinda Dickinson Wasner (Detroit, Michigan)

And if you'd rather (because maybe you have one of these already), you can pick three along with any other Crisis Chronicles Press title in print and still get the $30 deal.

Much love to you for your friendship and support,
J
Posted by John B. Burroughs at 10:59 AM No comments: