Between 2008 and 2020, John Burroughs curated, emceed and promoted a number of poetry reading series and special events across the Rust Belt. These include: 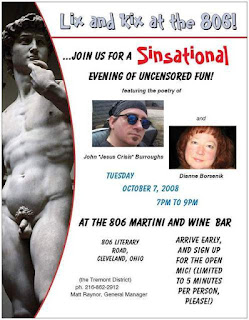 Poetry Plus
at Art on Madison (Lakewood, OH)
July 2019 thru February 2020
https://poetrypluscleveland.weebly.com.

Incomplete list of features (to be fleshed out as time permits):