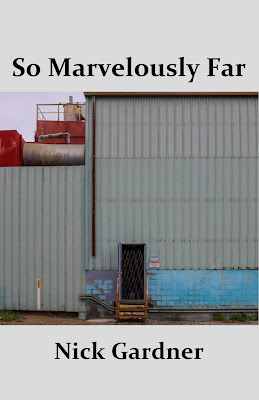 Crisis Chronicles Press is thrilled to announce the publication of So Marvelously Far, an essential new poetry collection by Ohio's own Nick Gardner.

Or see him December 14th during Poetry Reading with Nick Gardner at Main Street Books in Mansfield, Ohio.

“This first book of poetry by Nick Gardner composed of 49 poems written in sonnet form brings the diurnal under the close and sustained scrutiny of a poetic sensibility that is at once broad and focused, a sensibility attuned to the brokenness of life while affirming the possibility of redemption. Gardner not only extracts meaning in such poems as ‘Dog Food’ which looks the blunted reality of opiate addiction clearly if not profoundly in the eye, or in ‘Grounding’ where the poetic sensibility seems to drift in an airy medium somewhere between longing and optimism while insisting on a vision that edges toward apocalypse, but also constructs meaning by drawing upon the desultory events, occurrences, and people of lived life, yoking them to insight and poignancy. Between the poles of angry sadness and hopeful anticipation, there are works like ‘Searching for Veins in Mr. Powell’s Cornfield’ which collapses several layers of meaning into one another. The images Gardner employs are oftentimes dark as they argue the harsh truth of the micro realities of drug addiction in small town America. Nonetheless, they also argue a guarded hope that poetically makes itself known as a shot across the bow of an oftentimes listing ship of life. The effect of So Marvelously Far is one of unsettling vision as well as one of poetic power. The work warns in ironic tones of the normalization of an increasingly dehumanized landscape, one redolent of the Avett Brothers in their song ‘Head Full of Doubt.’ More importantly, it is also a celebration of a remarkable and prescient poetic sensibility that will likely be around for some time.”
—Steven Joyce, Associate Professor of German & Comparative Literature, The Ohio State University; author of Transformations and Texts, The Apostate Djin, The Winds of Ilion, and A Sea of Other.

Read a sample poem from So Marvelously Far at Oddball Magazine. 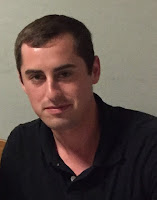 Nick Gardner has his bachelor's degree in English from The Ohio State University and is currently enrolled in the MFA fiction writing program at Bowling Green State University. His chapbook Decomposed (2017) is published through Cabin Floor Esoterica. In his seventh year of recovery from opioid addiction, his research involves the current drug epidemic as well as alternative recovery methods. He has won awards in Fiction, Nonfiction, and Poetry from The Ohio State University in Mansfield and performed readings of his work at Overdose Awareness Day as well as other local events. He lives in Mansfield, Ohio and Bowling Green, Ohio.
Posted by John B. Burroughs at 4:16 PM No comments:


Saturday November 23rd at 2 p.m., join us for an afternoon of vital poetry. Hear from eight poets, all with recent books published by Crisis Chronicles Press and NightBallet Press.

Refreshments provided. Books will be available for purchase and signing, courtesy of the publishers.

Registration is not required, but is helpful to the library in setting up for the event.

Posted by John B. Burroughs at 4:02 PM No comments:

My family moved to Elyria in 1972, when I was five years old, although even before that when we lived in Lorain I went to kindergarten in Elyria. And Elyria remained my home until 2012 when my wife and I moved to Cleveland to be closer to her work. In many ways, it still feels like home.

That's why I'm super thrilled to bring my Rattle and Numb poetry book tour home to Elyria this Thursday, 21 November, at Roxy's Emporium, right across from Elyria High School, where I went to 9th and 10th grades. This will be my first Elyria reading since 2011 when I hosted readings at Jim's Coffeehouse and Diner and at Scott Duncan's photography studio downtown.

At Roxy's I'll share selections from my latest book, Rattle & Numb: Selected and New Poems, 1992-2019 [Venetian Spider Press] and then emcee a mic-less open mic so attendees can share some of their work as well. The show begins at 6:30 pm. I'd love to see and hear you there.


Poetry Plus at Art on Madison will triple your pleasure on November 19th with readings by two acclaimed featured poets - Steve Abbott (Columbus, OH) and Leonard Kress (Toledo, OH) - plus an open mic. Doors open at 7 pm, with poetry to begin promptly at 7:30.

Leonard Kress has published poetry and fiction in Missouri Review, Massachusetts Review, Iowa Review, American Poetry Review, Harvard Review, etc. His recent collections are The Orpheus Complex, and Walk Like Bo Diddley. Living in the Candy Store and Other Poems and his new verse translation of the Polish Romantic epic, Pan Tadeusz by Adam Mickiewicz were both published in 2018. His latest book, Craniotomy, will appear soon (if it hasn't already). He teaches philosophy and religion at Owens Community College in Ohio.

Columbus native Steve Abbott has been a community activist, alternative newspaper writer and editor, criminal defendant, delivery truck driver, courtroom bailiff, private investigator, PR flack, and college professor. He was a founding member in 1984 of The Poetry Forum, now Ohio’s longest-running poetry series, and continues to co-host the weekly event. He is a Distinguished Professor Emeritus in English of Columbus State Community College. His poems have appeared in dozens of literary journals as well as in several anthologies. He received an Ohio Arts Council Excellence Award in Poetry in 1993 and an OAC residency the following year at the Fine Arts Work Center in Provincetown, MA.

He has six poetry collections: five chapbooks, A Short History of the Word (1996) and Greatest Hits (2004), both from Pudding House; The Incoherent Pull of Want (NightBallet Press) and Why Not Be Here Now? (11thour Press) in 2016; and Kicking Mileposts in the Video Age (Moria Poetry, 2017). He has also recorded a live reading on CD titled Stardust in Franklin Park. He edited the anthologies Cap City Poets (Pudding House, 2008), a collection of 74 central Ohio poets, and Everything Stops and Listens (OPA Press, 2013), containing work by members of Ohio Poetry Association. His full-length collection A Green Line Between Green Fields was published in 2018, and a collection of ekphrastic poems, A Language the Image Speaks, was released in September. He also edits Ohio Poetry Association's annual journal Common Threads, and in 2015 he represented the OPA on the Ohio Arts Council panel selecting Ohio’s first Poet Laureate.

Poetry+ happens on the third Tuesday of each month. For more information, please visit: https://poetrypluscleveland.weebly.com.

Posted by John B. Burroughs at 2:19 PM No comments:

Lots of great poetry happenings in northeast Ohio in the next 10 days or so! Here's where I'll be:

11/25 - Timothy J Richards and I will be Writers in the Window at Appletree Books in Cleveland Heights.

Then I'm off until mid-December. Well, not off exactly because I'll still be working on poetry, since Crisis Chronicles Press intends to publish another two books by the end of this year.

We couldn't do this without you! So thank you, and I hope to see you soon.
Posted by John B. Burroughs at 10:10 AM 2 comments:

Borsenik and Burroughs this Saturday, 11/16, in Mansfield

I'm thrilled to be reading with the inimitable Dianne Borsenik this Saturday afternoon, 2 pm, at one of my favorite bookstores, Main Street Books in Mansfield, Ohio. My Crisis Chronicles Press had the honor of publishing five volumes of Dianne's poetry over the years. These include Blue Graffiti [2011], Age of Aquarius: Collected Poems 1981-2016 [2016], and the collaborative volume Oct Tongue 2 [2017].  But I suspect she'll be reading mostly newer work, including selections from her two latest books, Raga for What Comes Next [2019, Stubborn Mule Press] and Heaven We Haven't Yet Dreamed (with Jeanette Powers, Puma Perl & Juliet Cook) [2019, Stubborn Mule Press]. I'll be reading from my Rattle and Numb: Selected and New Poems, 1992-2019 [2019, Venetian Spider Press]. An open mic will follow our readings! 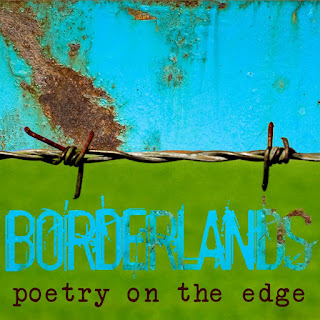 mainstreetbooksmansfield.com
facebook.com/MainStreetBooks
Posted by John B. Burroughs at 11:09 AM No comments:

Featured at Read/Write/Local on November 9th in Avon Lake

On Saturday 11/9, I'll be one of the Avon Lake Public Library's featured authors at their annual Read/Write/Local - A celebration of readers and writers! The show runs from 10 am to 4 pm, with our poetry panel scheduled for noon. The day's other featured authors will include Christopher Johnston, Kelly Boyer Sagert, Lara Lillibridge, John Bruening, Monica Babcock and more. I'll have copies of my new book - Rattle & Numb: Selected & New Poems, 1992-2019 [Venetian Spider Press] on hand. 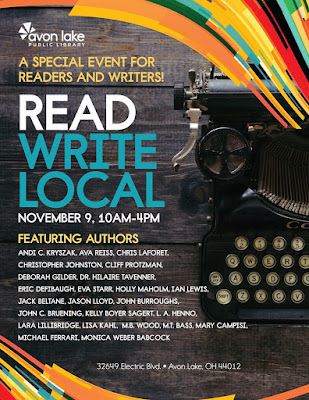 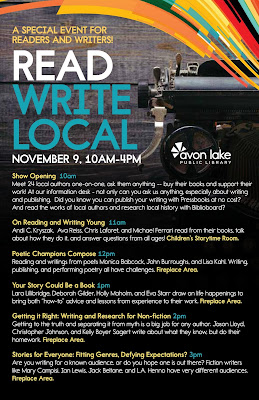 So looking forward to reading with two fine gentlemen and poets, Shawn Pavey and Jason Baldinger, this Friday, 11/8, at Visible Voice Books in Cleveland! It will be my first full reading in Ohio since the publication of my new book - Rattle & Numb: Selected & New Poems, 1992-2019 - by Venetian Spider Press.