Posted by John B. Burroughs at 4:27 PM No comments:

New Reviews of my Water Works and Chance 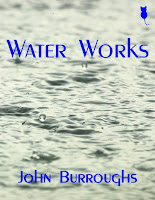 Jennifer Polhemus reviews my Water Works (The Poet's Haven, 2017): "My first read in celebration of National Poetry Month 2017...The sensual physicality of John's poetry leaves me feeling like I've taken one too many Vicodin; pleasantly spinning with just a slight annoyance of itchiness. Only some sort of orgasm will distract from the need to scratch. Delightful read!" 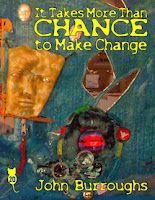 Jennifer Polhemus reviews my It Takes More Than Chance to Make Change (The Poet's Haven, 2013): "My second read in celebration of National Poetry Month 2017...What a frolicking good time! In respsonse to 'Tooth Telling', pg. 16, I write: 'So leave your tooth then, / beneath one of my pillows. / I promise you a quarter / moon at dawn. / Give the silver disc / to a Hobbit / hiding in the roots / of my mountain. / He knows what is precious... / the same as you.'"
Posted by John B. Burroughs at 10:14 AM No comments:

This week, my poetry tour continues with Words on the Rocks V : Damian Rucci & John Burroughs at the Alley Cat in Buffalo and CWP Presents InTENse Poetry! (featuring 11 poets from 4 states) at Mac's Backs Books on Coventry in Cleveland Heights. 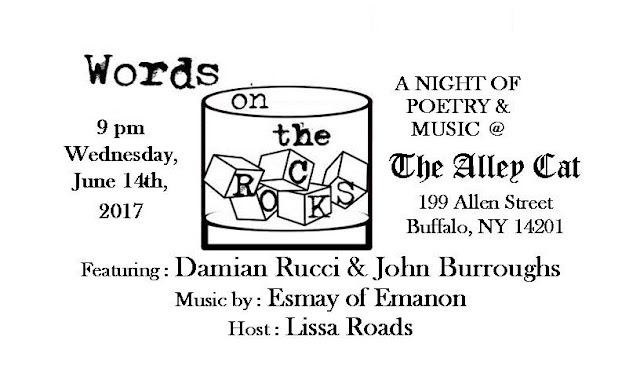 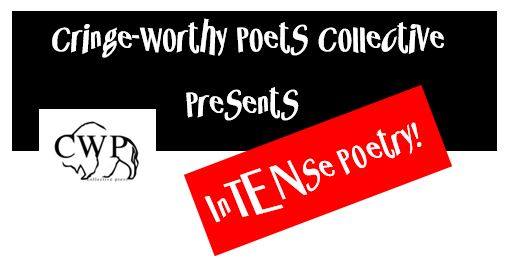 And to see my full 2017 tour schedule click here.
Posted by John B. Burroughs at 8:45 AM No comments:

I am very pleased to report that my poem "Le Ruse et le Waaa" is featured today (day 141) in Winedrunk Sidewalk. Many thanks to editor John Grochalski!

Permalink to just my poem: click here.
Posted by John B. Burroughs at 11:06 AM No comments: 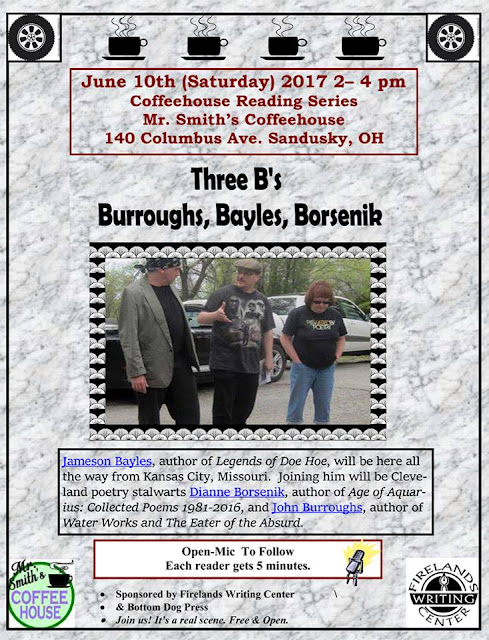 Posted by John B. Burroughs at 1:46 PM No comments: 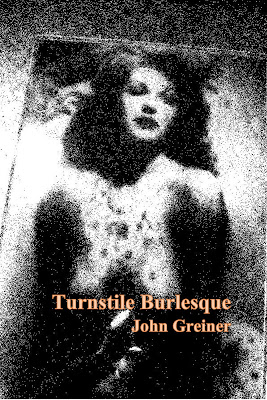 Crisis Chronicles Press is thrilled to announce the publication of Turnstile Burlesque, a stunning new collection of poems by John Greiner.

“The first thing you’ll notice when reading John Greiner is that his work changes like a spider web. The pieces in Turnstile Burlesque show a writer at the peak of his form, exploring his heart to push forward in the evolution of his own creativity.  These poems are our past and our future, they are the pulse of a city sidewalk, a love letter to Ted Berrigan’s New York and an accessible glimpse into what’s happening now and what’s happening now is John Greiner. Join him.”
—John Dorsey, author of Appalachian Frankenstein. 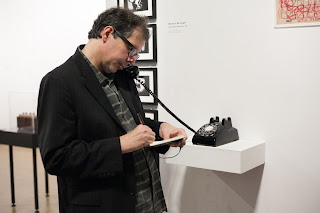