Poets from all over hear (or already know) about the lively Cleveland area literary scene and look forward to coming (and coming back) as soon and as often as possible.  This week is no exception, as several well-regarded out-of-state poets will be here to share their literary wares. Two of the more notable events will happen Saturday 2/27 at Mac's Backs and Sunday 2/28 at Guide to Kulchur.  So whether you're an east-sider, a west-sider, or the more adventurous sort who enjoys the best of both, you have something to look forward to. It won't be the same reading twice, but it will be supremely worth your while both times.  The visiting poets will include: 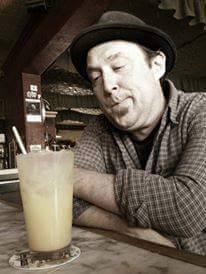 Jason Ryberg is the author of nine books of poetry, six screenplays, a few short stories, a box full of folders, notebooks and scraps of paper that could one day be (loosely) construed as a novel, and, a couple of angry letters to various magazine and newspaper editors. He is currently an artist-in residence at The Prospero Institute of Disquieted P/o/e/t/i/c/s and an aspiring b-movie actor. His latest collections of poems are Motel, Diner, Liquor (co-authored with John Dorsey, Jason Hardung and Seth Elkins, Spartan Press, 2014) and Beauty Parlors,Train Yards and Everything In Between (co-authored with George Wallace, David Smith and Charly Fasano, Spartan Press, 2014). He lives in Kansas City, Missouri with a rooster named Little Red and a billy goat named Giuseppe. 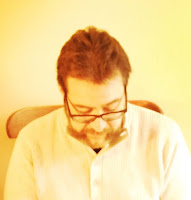 Shawn Pavey has delivered newspapers, mowed lawns, bagged groceries, cut meat, laid sewer pipe, bussed tables, washed dishes, roofed houses, crunched numbers, rented cars, worked in hotels, worn an apron at Kinko's, and been paid to write everything from résumés to music reviews. Currently, he earns a living as a Technical Recruiter in Mission, KS where he lives with his fiancée and three worthless but adorable cats. He is the author of Talking to Shadows (Main Street Rag Press, 2008) and Nobody Steals the Towels From a Motel 6 (2015, Spartan Press), Co-founder and former Associate Editor of The Main Street Rag Literary Journal, and a former board member and officer of The Writers Place, a Kansas City-based literary non-profit. His poems, essays, and journalism appear in a variety of national and regional publications. He's hosted poetry readings in bars, coffee shops, haunted houses, bookstores, libraries, front porches, and abandoned warehouses. A graduate of the University of North Carolina's Undergraduate Honors Creative Writing Program, he likes his Tom Waits loud, his bourbon single barrel, and his basketball Carolina Blue. 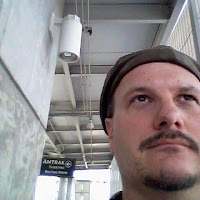 Jameson Bayles: A side effect of the military industrial complex, Jameson Bayles was born at the hospital at Forbes Field AFB just south of Topeka, KS. By the age of eighteen, Jameson had participated in a refueling mission with F-16s over the skies in South Dakota, stood atop of an active missle silo, and was the bait in a counter terrorism exercise with Air Force Special Forces at Whiteman AFB. After watching Krist Novoselic obtaining a head injury at the 1992 MTV music awards, Jameson decided to pursue the path of becoming a poet and eventually crawled into a dimly lit coffeeshop in dowtown Topeka in 1997 participating in his first open mic. Jameson Bayles is the senior editor of Asinimali Publications based in Kansas City, MO and the curator of The Cellar Poetry Series at the Weston Wine Company in Weston, MO. Jameson has been published in numerous literary journals and magazines and currently, his work can be found in three books. “The Cataman Years”, published by Mistop Publications, “The Artistic Muses” published by True Color Press and the collaborative reader "A Case For Ascension" by Asinimali Publications. Jameson resides in Kansas City, Missouri and can be reached at jamesonbayles@gmail.com.

And they will be joined by two Cleveland favorites: 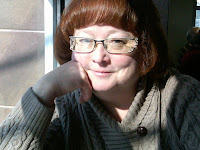 Dianne Borsenik is active in the northern Ohio poetry scene and regional reading circuit. Her poems have appeared in Great Lakes Review, Slipstream, Rosebud, and many others; upcoming publications include Pittsburgh Poetry Review, Dirty Chai, and The Stars Look Very Different Today: A David Bowie Tribute (Poems-For-All). Her poem "Disco" was chosen to be printed on the 2015 Youngstown Summer Festival of the Arts tote bags and on Lit Youngstown tee shirts. In 2011 she founded NightBallet Press, and in September 2015 produced BeatStreet Cleveland as part of the International Beat Poetry Festival. She lives in Elyria with husband James and dog-sons Bodhisattva and Michel-Angelo. Find her at www.dianneborsenik.com. 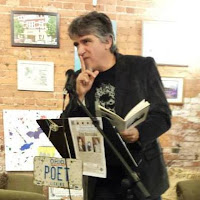 John Burroughs was born in West Virginia, raised in Elyria, Ohio, and now lives and works in Cleveland. Along the way, he won the first poetry competition he entered as a high school student, served for several years as playwright-in-residence at Marion Correctional Institution, became a number one blogger on MySpace, won his first-ever poetry slam in his 40s, has hosted several esteemed reading series, and co-founded the annual Snoetry: A Winter Wordfest. John's poetry volumes include Beat Attitude [2015, NightBallet Press], It Takes More Than Chance to Make Change [2013, The Poet's Haven], The Eater of the Absurd [2012, NightBallet], Barry Merry Baloney [2012, Spare Change Press] and the collaborative book Oct Tongue -1 (with Weems, Swain, Smith, Lady, Chernin and Brightman). Since 2008, Burroughs has run Crisis Chronicles Press, publishing fine indie writers from around the world.

So please join us this weekend and give our visiting artists a warm Cleveland welcome!