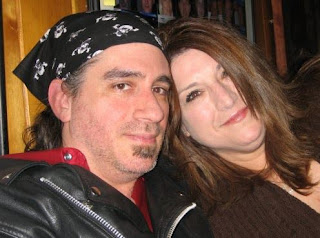 Around 6:20 on Wednesday morning, February 8th, I received a call from the Cleveland Clinic saying Geri's heart had stopped and they were trying to resuscitate her. I sped to the hospital and when I arrived I learned that they were unsuccessful. Just the day before the doctors had seemed so certain she would be fine. I've been wanting to write more but I have more tears than words.

We will receive guests from 6 to 7 pm on Monday February 13th at Laubenthal-Mercado funeral home, 38475 Chestnut Ridge Road, Elyria, Ohio 44035, right down the street from where I grew up. Memorial service will follow at 7 pm. And then I'm gonna hibernate for a while.

Thank you so much to everyone who has been so kind and supportive to our family and me. Love to you.

Heartbroken,
John
Posted by John B. Burroughs at 9:00 AM